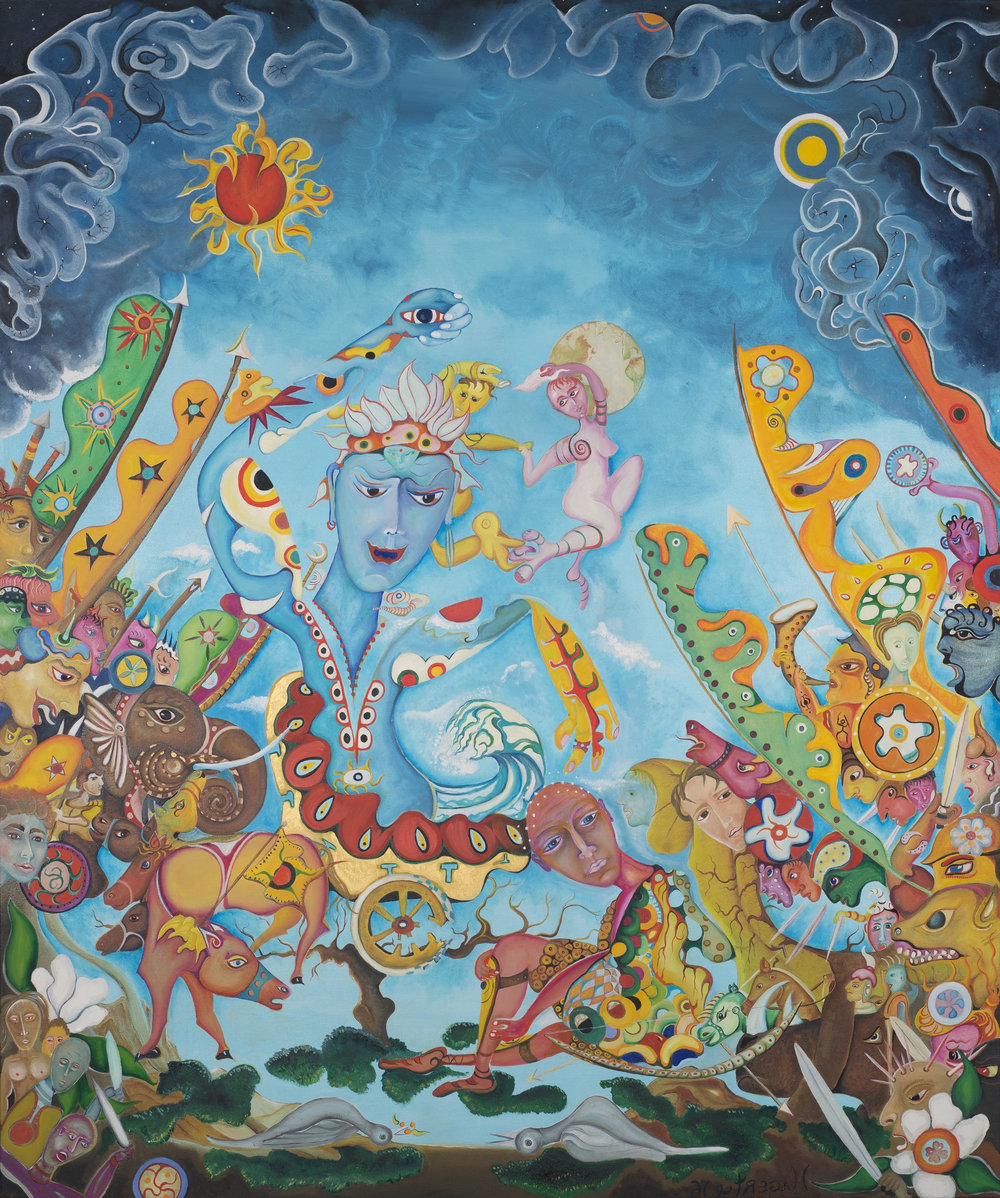 About This Piece
Based on The Bhagavad-Gita, Arjuna the Warrior is in a state of crisis in the middle of the battlefield where he has family and other ties to both sides in this epic struggle. Arjuna, ignoring the advice of the God Krishna in blue, refuses to fight. The painting is replete with symbolism from many eastern and western sources, including the upside down tree popularized by Jung, the broken wheel of the chariot, and the two birds from Hindu mythology--one gorging on fruit and the other showing restraint. Even Christ shows up in the painting. Neurons are floating in the clouds and represent both the right and left hemispheres of the brain, where, inside each individual, the real conflict resides that must be resolved. Price: $12,000.
Size 72" x 60"
Medium Oil on Canvas
Year 2017